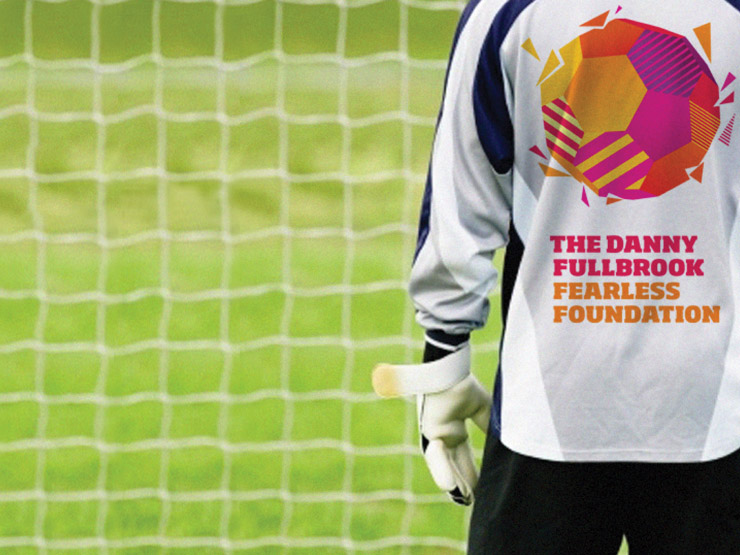 Creating a brand for the Danny Fullbrook Fearless Foundation

Danny Fullbrook, the chief football writer of the Daily Star, was well known to fans and players both as a writer and as a regular and forthright guest on the Sunday Supplement, talkSPORT, Radio 5 Live’s 606 and a host of other media outlets. He was a larger than life character, earning himself the nickname ‘Frank and Fearless’ and was sadly taken from us early at the age of 40 after an 18-month battle with cancer.

Danny had a reputation for fearless reporting. In fact, he lived his life and everything in it with a fearless determination. He had great passion for every project, every task and was always ready to help and encourage others. Because of that, the Fearless Foundation aims to inspire young people to make their own fearless journey through sport, education and training, embodying Danny’s attitude and approach to life to help others achieve their dreams in the way Danny did.

Working hand in hand with local community organisations, we will look to expand and build on existing projects and provide young people with a variety of ‘rung on the ladder’ opportunities along their own individual journeys. Initially, these will likely take the form of taking young people from existing community programmes for the following:

Fearless Mentors: from programmes such as ‘My Future Goal’, training young people as mentors to other peers on those community programmes;

Fearless Apprentices: giving apprentice opportunities in the world of finance, engineering and media; and

Fearless Scholarships: working in conjunction with the University of Hull, (where Danny studied History and Politics), we will look to sponsor a small number of young people to study there under a partly paid bursary programme

Working with the Charity’s Trustees and their PR Company Speed Communications, we led the development of the Positioning, Name, Web look & feel, Corporate Identity and Visual and Verbal identity of the charity and designed the tools used for its launch in May 2013.

The Foundation was officially launched on May 23, 2013 at London’s Hurlingham Club with a fundraising dinner attended by hundreds of influential media and sports personalities including a heartfelt address by QPR boss Harry Redknapp. The event raised thousands of pounds towards the cause so far and looks set to make positive pace on and off the pitch. 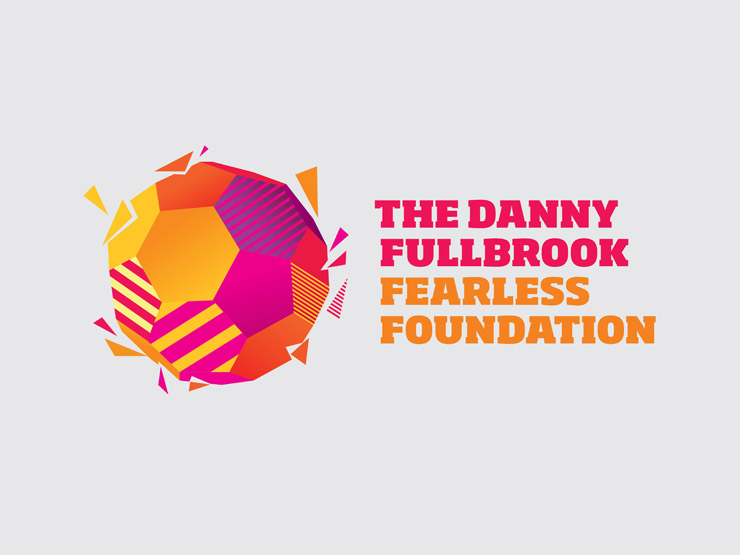 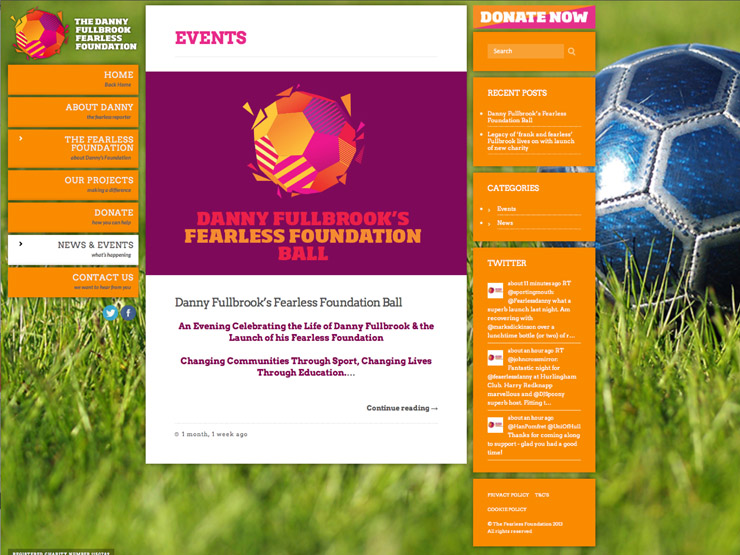 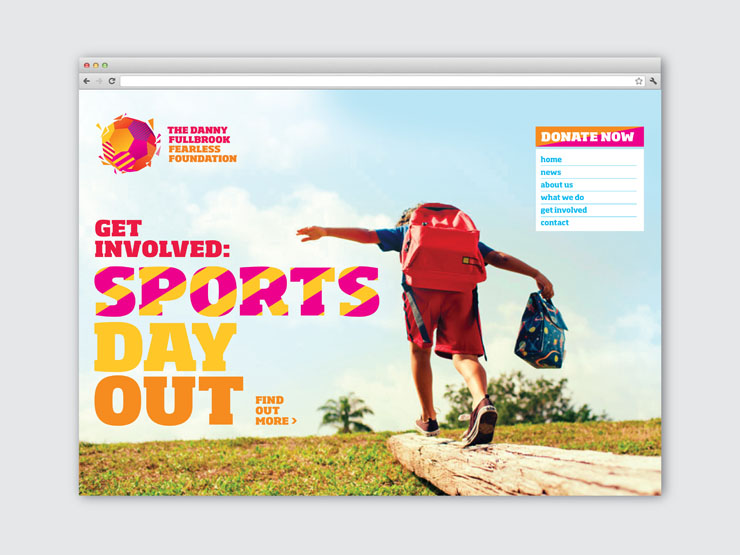 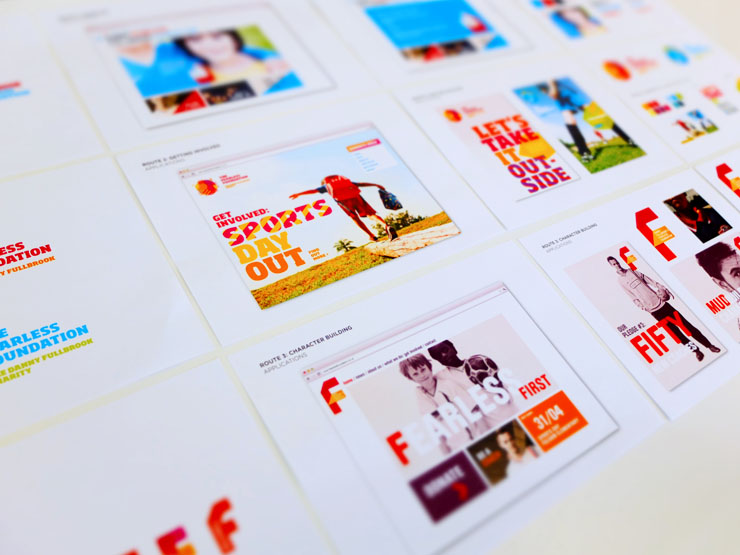 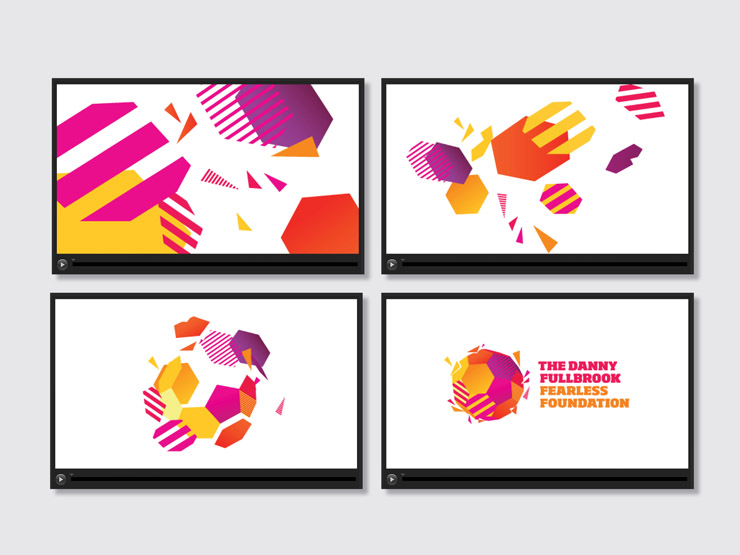 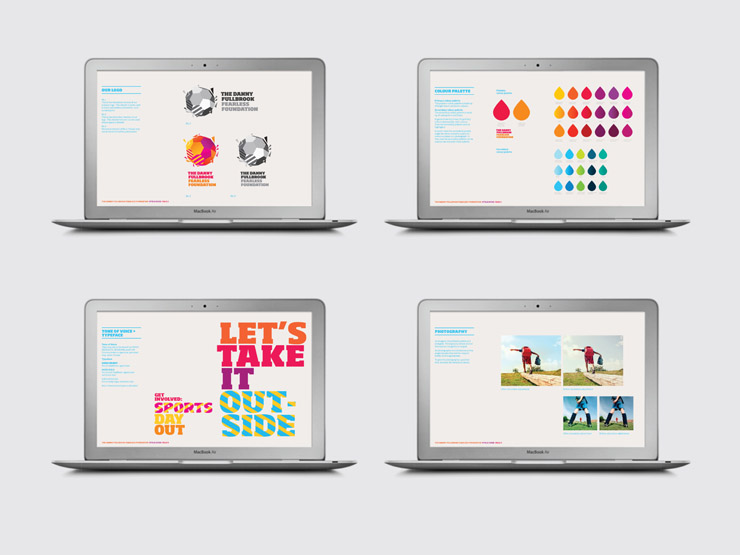 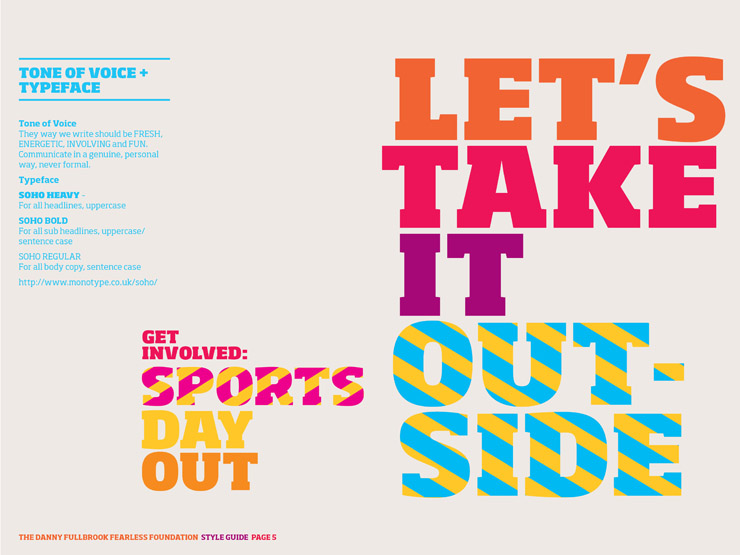 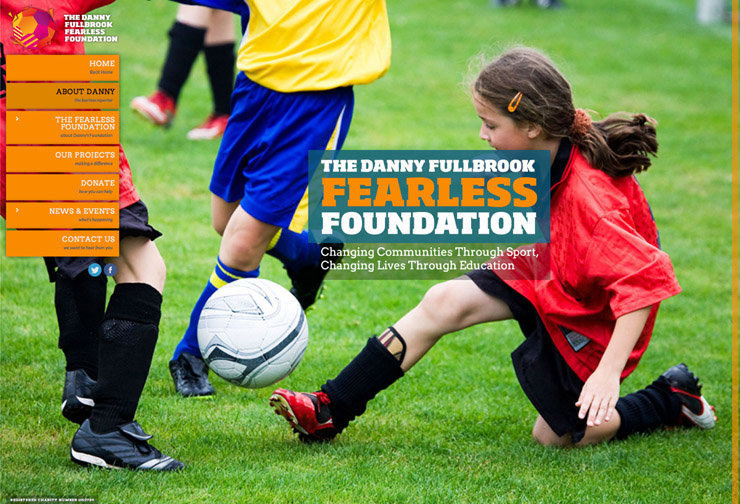 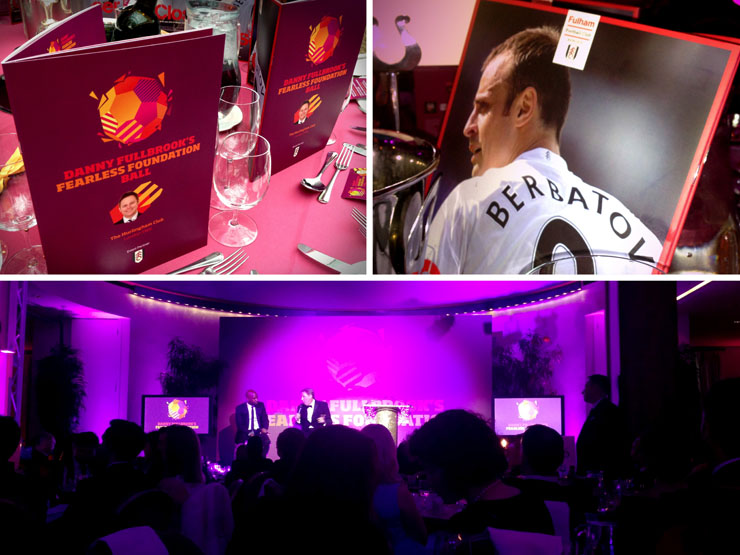