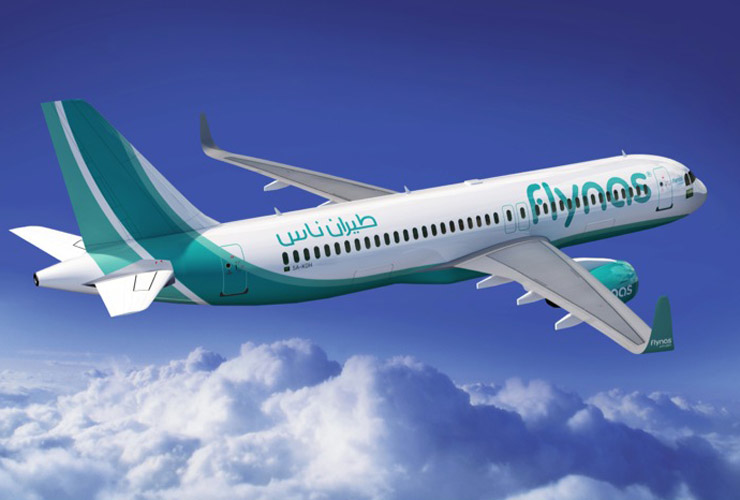 The ambition was to work together to build an airline that’s fresh, welcoming and modern. One that embraces smarter technology, innovates in services and demands progress. An airline turning inspired thinking into better ways to travel and explore. Yet appreciates the simplest of human touches, the value of courtesy, of friendship and respect.

So we embraced the creative, the enthusiast, the inventive and bold.

We harnessed the power of people and their ideas. To create a genuinely progressive airline that’s answering expectations by understanding needs.

Bringing low fares, proper service and great value to those who deserve them most: passengers.

With the support of our local Saudi partners Charisma, we delivered a comprehensive range of services including: consumer research, created a new name, proposition, verbal and visual identity, across all the airlines touch-points including created branded environments, uniforms, in-flight magazine, new aeroplane fleet livery, offices and airport check in desks.  We also developed the launch advertising campaigns and messaging across print, outdoor and digital platforms along with a launch strategy.

Having created an entirely new brand from name to new strategic platform and  visual identity, we have now implemented the brand culminating in its launch at the Dubai Airshow in December 2013. To-date flynas now has 2.2 million likes on www.facebook.com/flynas a genuine and relevant conversation with 105, 000 followers on https://twitter.com/flynas a stunning new website http://www.flynas.com/ Plus of course a very happy team at the airline and positive feedback from trippers, travellers and tourists alike. See the launch advert TVC as follows: http://www.youtube.com/watch?v=Da1i3RLgTXQ 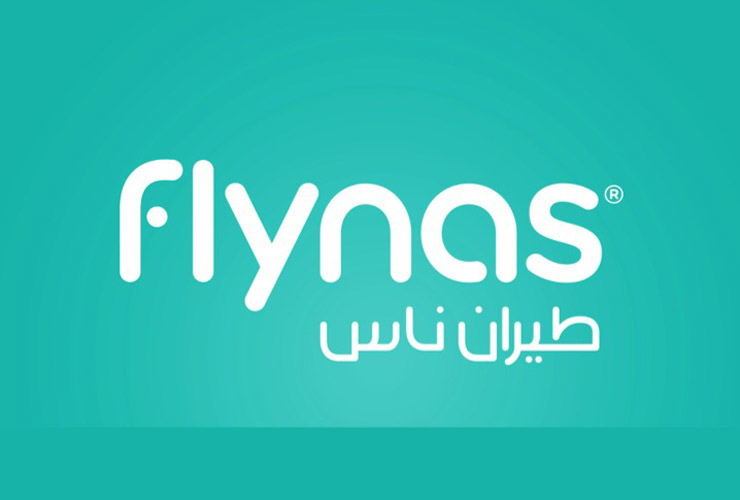 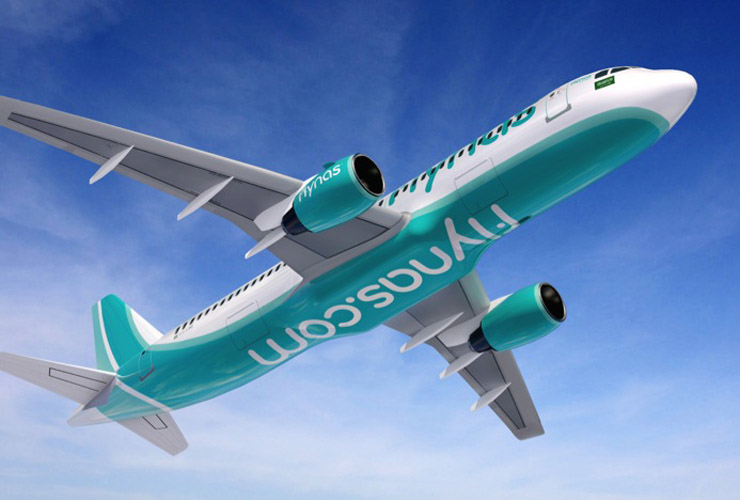 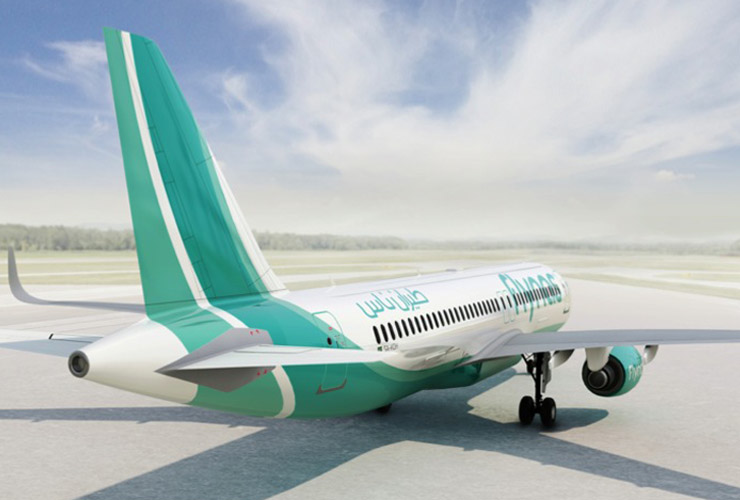 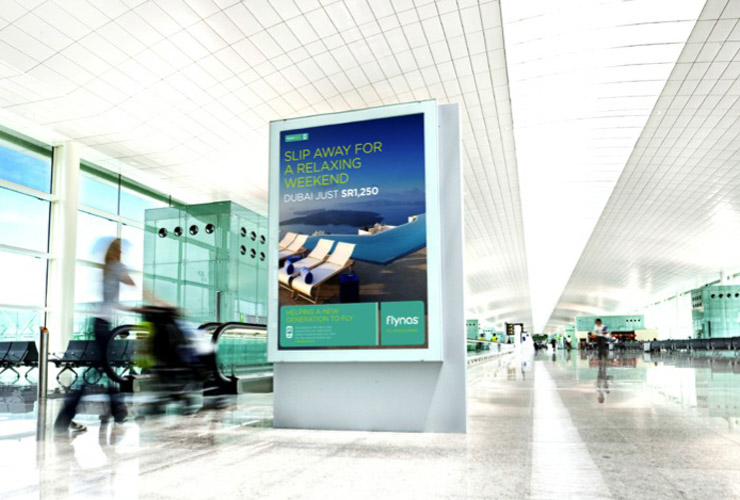 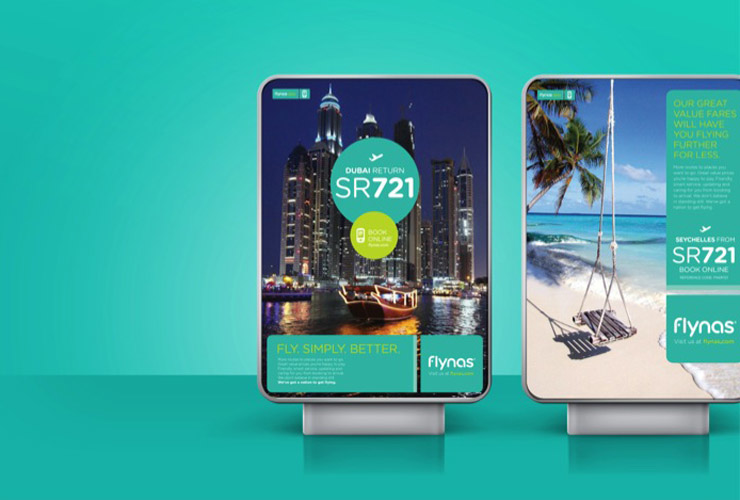 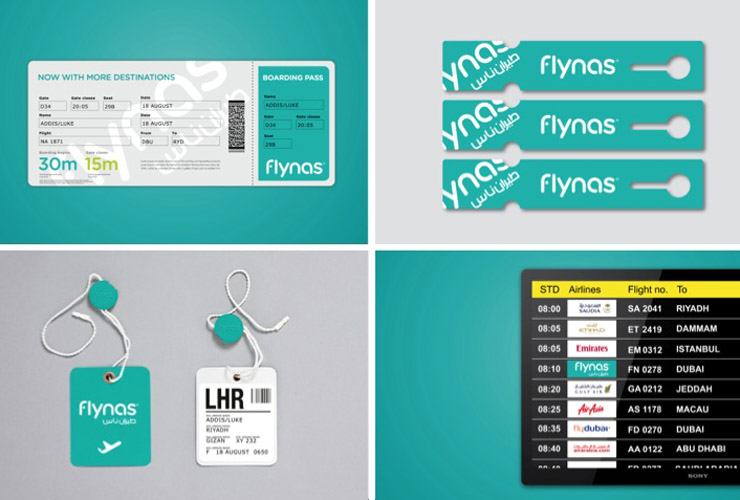 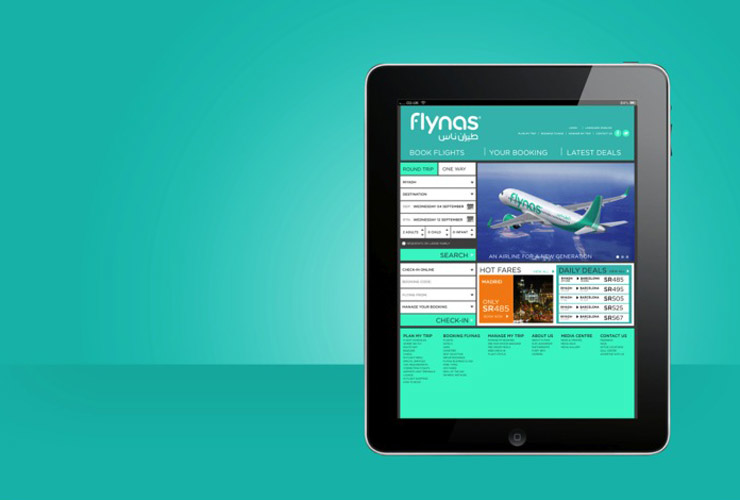 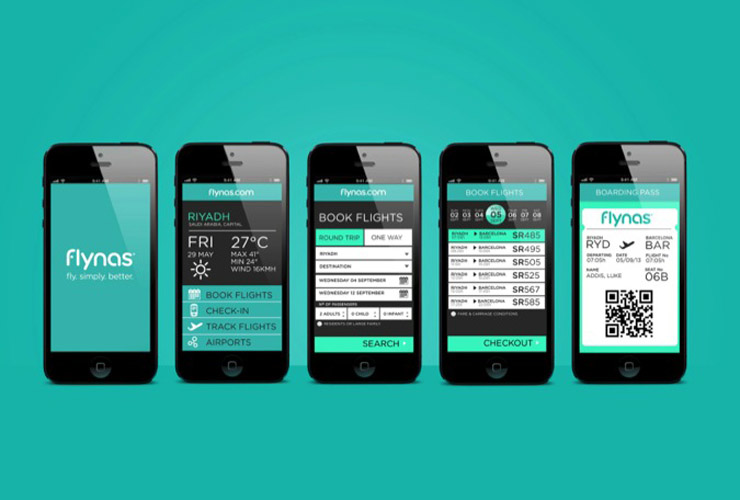